A New Insolvency Law For Ethiopia 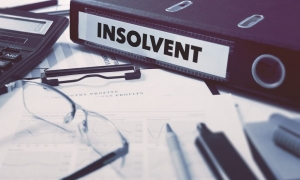 After so many years of trials and setbacks at revisions, the Commercial Code has finally crossed the last legislative milestone, an approval by the Parliament on March 25, 2021 means that Ethiopia will have a new Commercial Code and a new insolvency law after more than six decades. The revision of the Commercial Code started in full earnest more than 2 decades ago, but partly because of lack of political and institutional will and partly because of political instability, it has taken these many years to get it past the Parliament. The last two years of Ethiopian political transition have seen a flurry of major legislative reforms, and it is perhaps no coincidence that the revision of the Commercial Code has been successful during this period.

Last promulgated in 1960 (its actual drafting was much earlier), the Commercial Code has been nearly 70 years old. The countries from which the Commercial Code was derived, most notably France and Italy, have revised their commercial codes several times during this period. Measured in terms only of time, it is fair to say that the Commercial Code long outlived its normal shelf life.

As a systematic collection of multiple laws, the Commercial Code of the 1960 (just repealed and replaced) consisted of five books: General Law of Traders (Book I), Law of Business Organizations (Book II), Law of Carriage and Insurance (Book III), Law of Negotiable Instruments and Banking (Book IV), and Law Bankruptcy and Schemes of Arrangement (Book V). If it were not for the device of a “Code,” which organizes multiple laws into one coherent law book, each of these laws could stand on its own, be revised and promulgated in isolation. It is important to remember that the Commercial Code which was just approved is short of the two sector-related commercial laws of Books III and Book IV. The Commercial Code in its current organization mirrors the life cycle of a business from birth (Book I and II) to growth (Book I and II) to its decline, and resuscitation and/or death (Book III). Now taken out of the new Commercial Code, Books III and IV of the Commercial Code of 1960 will be revised and issued in a separate package as “Financial Code”.

Forming the last leg of the Commercial Code, insolvency law is the least known in commercial practice and courts so much so that the number of insolvency cases litigated before courts since 1960 can be counted on the fingers of two hands. Factual insolvencies occur every day but few of these insolvencies ever make it to formal bankruptcy proceedings in courts. The reasons for these are many, the most plausible being unfamiliarity with the advantages of a collective bankruptcy proceeding and the dread with which bankruptcy is generally viewed by insolvent businesses. Even the members of the legal profession are often reluctant to contemplate bankruptcy proceedings when their clients are faced with the problem of cessation of payments of debts, and instead prefer the messy procedures of individual civil litigation in seeking enforcement of debts against defaulting debtors. The result has been multiple civil proceedings against a single defaulting debtor and long-drawn out court litigation involving multiple court orders and injunctions against execution of judgments. Orders for executions and injunctions against executions, opening of individual proceedings and stay of executions are familiar incidents in many of the individual civil and/or commercial court proceedings involving debts.

Other rival debt enforcement proceedings have also overshadowed collective bankruptcy proceedings. The creditors which deal professionally with debt default, the banks, have generally been able to avoid collective bankruptcy proceedings, and instead relied upon the foreclosure laws which gave banks the power to unilaterally foreclose on the collaterals of defaulting borrowers. This contributed to a state of affairs in which banks use foreclosure laws in dealing with insolvencies, in many instances to the detriment of all the other creditors of an insolvent business. When banks could go it alone, there was no reason why they would opt for a collective proceeding like bankruptcy in which they had to compete with multiple creditors of an insolvent business.

Drafted in the context of all these problems of debt enforcement, the new insolvency law, placed as Book III of the new Commercial Code just approved, is set to overcome these problems and more. The biggest reform in insolvency law is the introduction of pre-bankruptcy proceedings whose primary aim is the rescue, rather than liquidation, of struggling businesses. The new insolvency law of the Commercial Code encourages businesses (their managers, directors as well as owners) to initiate business rescue proceedings as early as possible in order to enhance the chances of business rescue and prevent liquidation. In the past, only businesses with the most serious problems of financial default are dragged involuntarily through the bankruptcy process, by which time the chances of business rescue are so slim as to make liquidation and business closure all but inevitable. With the new business rescue friendly proceedings in the Code, it is hoped that more and more businesses struggling with debt payments will come forward and opt for business rescue procedures and thereby forestall liquidation and closure.

Businesses facing financial difficulties can also now propose a reorganization plan which will, if voted favorably by a qualified majority of creditors and approved by a bankruptcy court, can provide the businesses with the opportunity to clear their debts and return to a healthy bill of business life. In cases where it is unlikely for the reorganization plan to receive a qualified majority of creditors’ approval, the new insolvency law provides for an alternative scheme of sale of business as a going concern in which the struggling business will have a new lease of life in the hands of third party purchasers.

The new insolvency regime has also removed features of the old insolvency regime which made bankruptcy proceedings unattractive particularly to debtors. One of these features is the absence of “discharge” for innocent but hapless debtors. Innocent or not, the bankruptcy law of the 1960 Commercial Code lacks provisions for “discharge” of debtors. Not only do bankrupt debtors lose control of their businesses to third party independent administrators (trustees), the debtors do not have any prospect of ever freeing themselves from the deadweight of having been declared bankrupt once in their business lives.

In keeping with the times, the new insolvency law of the Commercial Code has a separate title for “discharge” under which debtors who have been declared bankrupt might apply to the court of bankruptcy and receive “discharge” not only from the debt that remains unpaid after a formal bankruptcy but also from the unflattering status of being declared bankrupt by a court. Bankrupt debtors can now apply to court for “discharge” within three years from the date of the declaration of bankruptcy, and this is a fairly short period of time for debtors anxious to rejoin the business community, cleared from the heavy burden of having been declared bankrupt. “Discharge” is available for innocent debtors only, and only after a court proceeding in which creditors and trustees are afforded the opportunity to demonstrate to the court that the debtor was engaged in activities which precluded discharge.

As innocent debtors are protected from the permanent burden of bankruptcy, debtors and managers of debtors’ businesses, as well as creditors, who are found to be responsible for the bankruptcy of a business are made liable both civilly and criminally for their actions. The Commercial Code of 1960, operating on the strict wall of separation between commercial and criminal matters left criminal offenses to the Criminal Code of the time. The new insolvency law removes this wall of separation and provides for civil and criminal liabilities in the Code itself for offences directly connected to bankruptcy. This was done to ensure that the civil and criminal liabilities associated with bankruptcy proceedings are not overlooked by the parties that are responsible for the conduct of bankruptcy proceedings.

Successive indices of the WB’s Ease of Doing Business (DB) Index have given Ethiopia a low ranking in the world, and part of the reason for this has been the inability of Ethiopia to revise its the Commercial Code of 1960. Ethiopia’s Doing Business ranking has suffered in all areas where the country has not revised its old laws. One of those categories in which Ethiopia consistently scored low points is in the category of “Resolving Insolvency,” which ranks countries on the basis of the time, cost, outcome and recovery rate of insolvency proceedings as well as the strength of insolvency framework.  Ethiopia’s DB overall ranking for 2020 was 159th out of 190 countries of the world, and its ranking in the area of “Resolving Insolvency” was 149th in the world. In this regard, Ethiopia ranks unfavorably with some high-performing countries of Africa like neighboring Kenya (50th) and Rwanda (62nd).

Ethiopia is expected to score high in such areas of strong reorganization regime, robust creditor-participation in insolvency proceedings, recognition of the principle of “best-interest-creditors’ interest” and discharge of innocent debtors, not to speak of the greater confidence foreign investors and international financial institutions will have on Ethiopian insolvency regime. It is hoped that with the passing of a new and modern insolvency law, Ethiopia’s doing business ranking in the area of “strength of insolvency framework” will improve considerably and with the implementation of the new insolvency law, Ethiopia will also see substantial improvement in its ranking in the areas of the time, cost and recovery rate of insolvency proceedings.

Disclaimer: This information is intended as a general overview and discussion of the topic.  This information is not intended to be, and should not be used as, a substitute for taking legal advice in any specific situation.  Mehrteab Leul & Associates is not responsible for any actions taken or not taken on the basis of this information.  Please refer to the full terms and conditions on our website.

Published in News and Updates
Tagged under
Be the first to comment!
Read more...