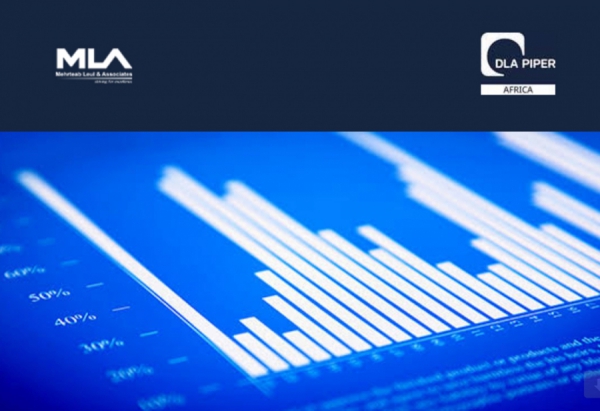 The scope of application of the New Proclamation is on excisable imported goods and those manufactured in Ethiopia by licensed manufacturers. Excisable goods are those itemised in a Schedule attached to the Proclamation which currently lists 19 classes of goods and 378 specific items classified under each of the classes.

Registration and licensing by the tax authority

The New Proclamation has introduced a system by which all producers and suppliers of excisable goods have to be mandatorily registered and licensed by the Tax Authority for production and supply of excisable goods and services in Ethiopia and engagement in activities subject to the licensing in a Directive to be prescribed by the Ministry of Finance.

The New Proclamation has introduced the application of a specific excise tax rate that is based on the quantity or weight of goods along with an Ad Valorem rate (i.e. based on percentage of value) as opposed to the Previous Proclamation which adopts only the latter type of excise tax rate. Ad Valorem rates range from a minimum of 5% (e.g. rubber tyre) to a maximum of 500% (most used vehicles with a cylinder capacity exceeding 1800 cc and aged more than seven years). Specific rates are adopted for goods such as beer (in which specific and ad valorem rates apply alternatively, whichever is higher) and cigarettes (in which a combination of both rates apply).

The Ministry of Finance is empowered to increase or decrease the Excise Tax Rate up to a maximum of 10% of the rate indicated under its first Schedule. In order to cater for inflation, the Tax Authority is given the responsibility to apply an inflationary adjustment at least once a year on the Standard Excise Tax Rates according to a Directive to be issued by the Ministry of Finance.

Tax base and time of payment

As a significant shift from the Previous Proclamation, the tax base for goods produced locally is now the factory selling price. This is the price paid by the purchaser or the fair market value of the goods in case of related party transactions less the applicable VAT on supply of goods, the cost of Excise Stamp and the cost of returnable packaging. Excise tax must be shown separately on the transactional invoice.

For imported goods, the tax base is the value of goods to be determined as per the Customs Proclamation plus the applicable Customs Duty payable on the goods.

For goods manufactured locally, the time of exit of goods from factory or their consumption therein determines the time of payment of the tax. On the other hand, the time of entry of goods into Ethiopia is when the tax must be paid for imported goods with the exception of petroleum products in which the Ministry of Finance could give special permits to change such time.

The New Proclamation introduces elements the fulfilment of which renders goods not excisable. It also lists situations and items that are exempt from the payment of Excise Tax. Excisable goods exported or sold to persons with a tax free privilege, excisable goods destroyed by the producer following the Tax Authority’s approval and excisable goods lost or destroyed by accident or other factors beyond one’s control are exempt items in the New Proclamation. The Ministry of Finance is also given the power to exempt goods from the tax due to economic, social and administrative reasons.

The New Proclamation has also introduced a mechanism by which an Excise Tax that is already paid to the Government could be refunded to the taxpayer based on occurrence of certain events such as loss or destruction of goods or their return to the seller by the purchaser.

The deduction of Excise Tax paid on inputs is also allowed for a local manufacturer of all excisable goods save for alcohol, tobacco and sugar.

A monitoring mechanism on excisable goods

The New Proclamation empowers the Ministry of Finance to issue a Directive that governs stamps that are to be used to identify excisable goods, alcohol products that are exempt from the tax, export goods and those goods produced for the consumption of exempt entities. The time, place and manner of administration of such excise tax stamps is also to be addressed in this Directive. The type and content of the excise tax stamps is to be publicized by the Tax Authority in newspapers having nationwide circulation.

The other major change introduced by the New Proclamation is the levying of the tax on items that were not excisable under the applicable excise tax law and change of the tax rate on already excisable goods.

The manufacturing and importation of excisable products without having the appropriate license results in an administrative penalty amounting to double of the excise tax that would have been payable. Fines ranging from ETB 50,000 – 200,000 and imprisonment ranging from a minimum of three to a maximum of seven years are also included as criminal penalties in the New Proclamation for offences committed in violation of the different mandatory provisions of the law. Such administrative and criminal liabilities are in addition to those already provided in the Tax Administration Proclamation unless provided in an overlapping manner, in which case the New Proclamation applies.

Normally and in the absence of a relevant rule in the law itself, new laws that have been approved by the Ethiopian Parliament – the House of Peoples Representatives, begin to take effect when they are published in the nation’s official publication, the Federal Negarit Gazeta. Article 57 of the Federal Constitution of Ethiopia provides that laws passed by the Parliament must be signed by the President of Ethiopia within fifteen days and it is if the President fails to sign the law within such period that the law will take effect without his/her signature.